A quick supper idea that reaps the benefits of shellfish

Although I regularly preach about the benefits of choosing unprocessed carbohydrates, sometimes nothing quite beats a large bowl of white pasta, especially when teamed with one of my favourite ingredients, crab.  I’ve never been against including carbohydrates in the diet and as an active person I find them invaluable.  I also love food and enjoy eating a wide variety of different foods in my diet, which is a way of eating I fully endorse and a good strategy for gleaning everything your body requires.

White flour in the UK is actually fortified with nutrients such as iron, calcium and B vitamins so whilst they lack the fibre, which is the main benefit of choosing unprocessed varieties, they still offer something nutritious to the diet. White carbohydrates do effect blood sugar levels more aggressively than their high-fibre counterparts, but this effect is counteracted by teaming them up with a source of fat, protein and other high-fibre foods such as vegetables.

This dish is one of my favorites as I love crab.  Shellfish such as crab are a lean source of protein and rich in vitamin B12 and zinc, which makes them a great food choice for men as zinc plays a key role in the male reproductive system.  This dish is also a very good source of iron, which is required to maintain healthy red blood cell production and also a rich source of magnesium and potassium that are both associated with good heart health.

Crab is not an ingredient that makes a regular appearance in most peoples weekly shop but is readily available in most supermarkets as well as your local fishmonger.  If you can’t find crab then this dish also works really well with prawns.

Linguini with crab and chilli 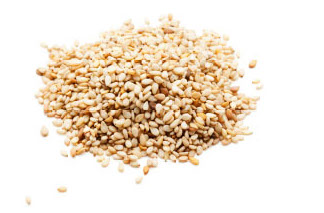 The trend for eliminating foods from the diet is still going strong with many pseudo health professionals advising dietary regimes that promote the removal of food groups, especially dairy and gluten-containing foods.

There’s a small percentage of the population that have a diagnosed food intolerance or allergy and those with health conditions such as coeliac disease, that require them to exclude certain foods from their diet. Certain dietary beliefs also guide food intake such as veganism, which excludes all foods of animal origin, including dairy foods. Unfortunately, there is a misguided belief by some that going dairy-free is a superiorly healthy way to approach your diet but unless you suffer discomfort when eating these foods there’s little health benefit to excluding them.

I have to come clean that my book, The Detox Kitchen Bible does involve recipes that are dairy and wheat-free, but rather than a regime, the book is intended to provide recipes that are suitable for people who follow many different types of diets.  We have also developed our menu plans and recipes in a way that ensures any nutrients missing as a result of exclusion have been replaced with alternative foods.

There’s some evidence that cutting out dairy foods may help with conditions such as acne and psoriasis as well as digestive complaints such as irritable bowel syndrome and although this is not definitively proven, anecdotally there are people who have found that cutting out this food group has helped with their symptoms.

Whilst I am trained in the science of nutrition, I have no issue with people trying a food-based approach to treating certain conditions, after all, it’s  just food and as long as it’s approached in a sensible way then why not give it a go. The important thing with exclusion diets is to fully understand the foods that you need to eat in place of those excluded in order to maintain your nutritional status quo.

The role of calcium

Dairy foods are a key source of calcium and protein in the diet as well as vitamin B12 and zinc (which is found in cheese).  Calcium is particularly important for young children and teenagers as it helps to lay down strong bone.  Peak bone mass is reached in your mid-twenties and what you have laid down is there to see you through to older age and whilst calcium intake will help to maintain bone mass, it will not increase it.

Calcium is particularly important for women as they experience bone loss during the menopause as a result of a drop in the hormone, oestrogen.  If you have week bones, then you’re at a greater risk of osteoporosis in later life.  Studies have also shown there may be a beneficial role of calcium and vitamin D in women who suffer from PMS (1).

Calcium works in synergy with vitamin D as it’s required for the absorption of this mineral in the body.  Sunlight is the main source of vitamin D so make sure you get outdoors during the summer months.  Many people have been shown to be deficient in vitamin D during the winter months so consider a supplement as the clacks go back to ensure adequate intake.

Non-dairy sources of calcium in the diet

Dairy foods are not the only source of calcium in the diet so whilst removing dairy may not be a major issue, it’s important to be aware of the other foods rich in calcium that must be included.  The nutrient reference value (NRV) for calcium in adults is 800mg per day, which can be achieved by eating 3-4 portions of dairy foods daily.  The table below shows some of the alternative sources of calcium that you can include in your diet if you’re cutting out dairy.

Top tips to boost your intake of calcium

As with all exclusion diets, fortified foods can play a beneficial role.  As far as going dairy-free is concerned, milk substitutes are key as this food is commonly used on a daily basis in most peoples diets such as to accompany breakfast cereals and add to tea and coffee.  There are many cow’s milk alternatives available, some of which can be bought at your local supermarket and others that need to be sourced in health food shops.  They do differ in their nutritional composition when compared with cow’s milk, which is mostly in their protein content.

Many substitutes offer interesting flavours that can add add versatility to the way in which they’re used and are nice to explore even if you still eat dairy.  Some plant milks also offer additional health benefits such as soy, which has been shown to help lower cholesterol and may even help with symptoms of the menopause.  I have compiled a brief overview below of some of the popular alternative dairy-free options.

These are the highest quality nut milk versions and are supplied by brands such as ‘Plenish’ and ‘The Pressery’.  Unlike other similar nut milks, these contain a high quantity of nuts in the recipe, which makes them highly nutritious although they don’t contain the same level of protein as cow’s milk.  They are expensive though, but you can make your own at home by adding nuts and water to a powerful blender.  Cashew nuts work really well and are a rich source of magnesium, which is particularly useful for women’s health, especially conditions such as PMS and the menopause.

One of the most popular brands is Alpro, which is available in both sweetened and unsweetened varieties.  Watch out for the added sugar in these milks as it can be quite high and always look for a brand that has been fortified with vitamins and minerals, especially calcium.  Soya milk has a similar protein content to cow’s milk and the added benefit of phytoestrogens, which when eaten daily may help relieve symptoms of the menopause.  Soy has also been shown to help lower cholesterol levels and is a key component of the Portfolio Eating Plan.

This is the best option for people who still want to drink cow’s milk but are unable to tolerate the lactose.  This milk has added enzymes that help to break down the lactose into simple sugars so reducing the chances of any gastrointestinal disturbances.  This also tastes identical to regular cow’s milk and has a very similar nutritional profile.   Another interesting brand is A2 milk, which is cow’s milk that contains only the A2 protein and is free of the A1 protein that causes inflammation.  Whilst this milk is not suitable for people with lactose intolerance and allergies, it’s a good option for those who experience mild digestive upset when they drink cow’s milk, which is more prominently a result of the A1 beta casein protein that has been shown to cause similar symptoms.

This is the most hypoallergenic of all the milk alternatives as it’s free from gluten, dairy, soy and nuts so a good alternative for people who suffer with multiple food allergies and intolerances.  It doesn’t contain a lot of protein when compared with the other alternatives and has a much higher carbohydrate content given it’s made using rice.  Check the carton though as these milks can be high in sugar and opt for a variety that’s been fortified with calcium.  This is pretty watery so only really suitable for drinking or adding to cereals.

The texture of coconut milk is really similar to whole milk and it has a similar fat profile (although the fats in coconut milk are medium chain fatty acids that have unique health properties). The coconut taste is delicious but pretty strong so more of a drink than recipe ingredient.  This is not the same a canned coconut milk and widely available brands include Koke.  The protein content is really low so not particularly beneficial if you’re looking for something to drink post-training.  This milk is good for people with multiple food allergies as it’s free of gluten, dairy and soy.  Coconut milk is also high potassium, which is essential for maintaining fluid balance in the body and regulating blood pressure and heart function.  Again, look for a brand that has been fortified with calcium and is low in sugar.

The most popular brand that is now widely available is Good Hemp.  The main selling point with this cow’s milk alternative is the presence of omega 3, which is useful for people following a plant-based diet.  Omega 3 has many health benefits, the most widely researched is heart health.  Although the omega 3 found in plants is not easily processed in the body it’s still as useful source.  This milk is very low in protein and you should look for brands that have been fortified with calcium.

If you’re looking to cut dairy out of your diet for whatever reason, then be sure to be mindful of the foods you need to be eating more of in order to achieve a nutritionally balanced diet.  Also be aware that if you don’t experience any discomfort or adverse health issues from including dairy in your diet then there’s really little benefit to excluding these foods from your diet as it only adds one more thing to think about when deciding what to eat.